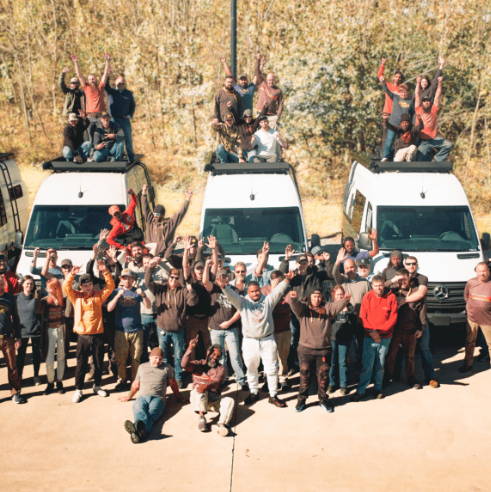 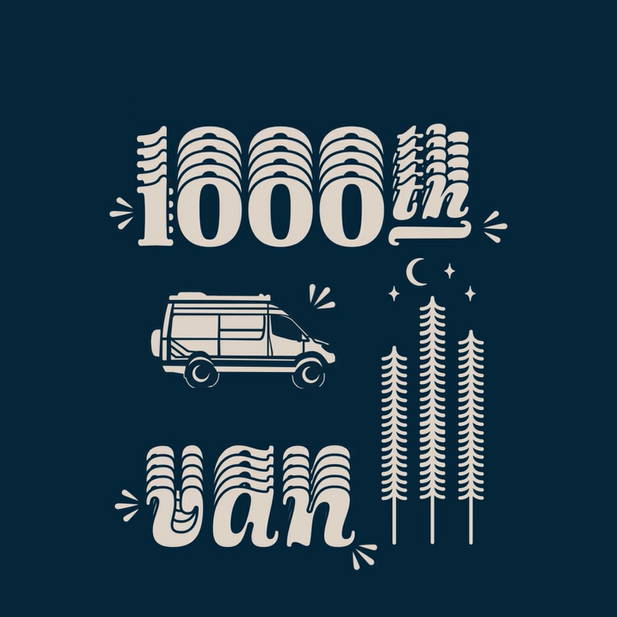 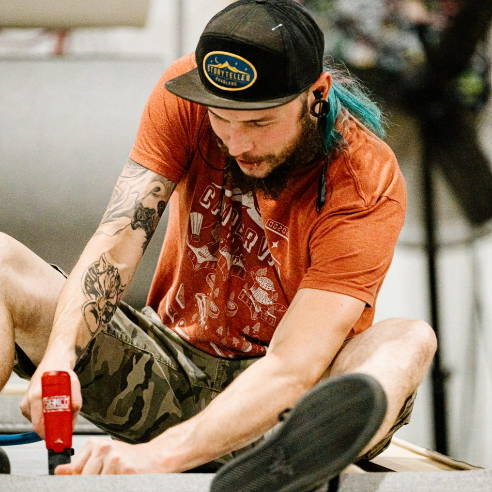 Just under four years ago, Storyteller Overland started as an outdoor adventure brand with a dream to help others create more meaningful experiences. Then on June 9, the company celebrated its 1,000th van rolling off the production line.
“In the words of the pop culture prophet known as Drake, we started from the bottom, now we’re here,” said CEO Jeffrey Hunter as a crowd of more than 100 employees, friends and family laughed and cheered at Storyteller HQ in Birmingham, Alabama.
The 1,000th Storyteller Overland MODE van was actually shipped a few weeks before the official celebration. But the Storyteller team held off on celebrating until they’d hit another major milestone: the opening of a brand new office, with space to support the company’s rapid growth and new lines of production.
“How great is it to have a facility here, on top of the 1,000 vans, that you can be proud of when you go home to your friends and family and say, ‘Hey, that’s where I work. They take care of us there,'” said co-founder Andrew Cooley at the celebration. “A thousand vans is an incredible accomplishment for little storytellers in Birmingham, Alabama, who had never built a single RV before.” 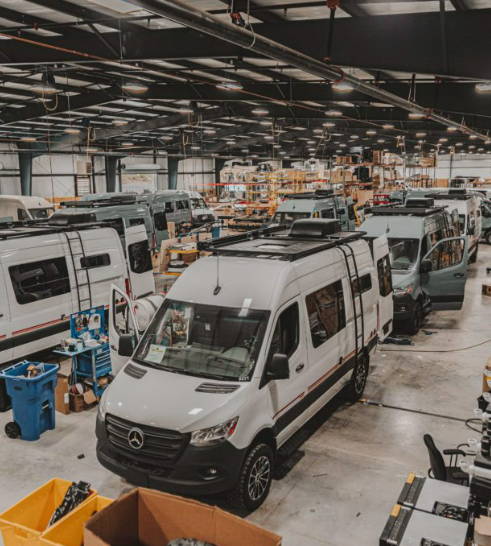 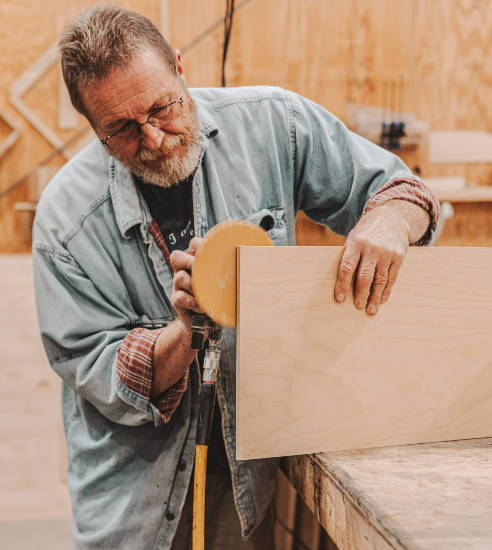 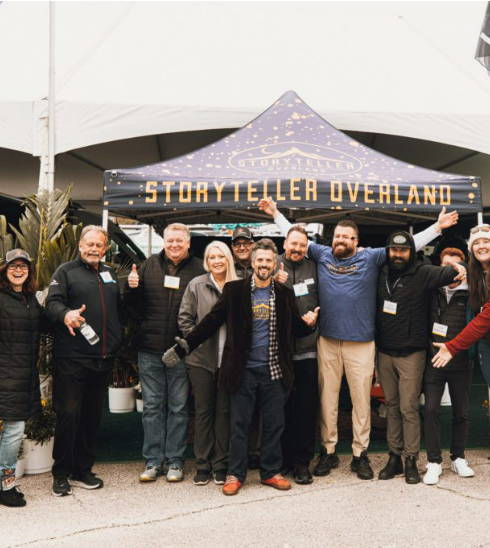 But you can’t celebrate the 1,000th van without taking a trip down memory lane and remembering the first ever Storyteller MODEs that were sold. That’s why the Storyteller team invited Rick Ehlert and Kirk Spykerman from Conejo RV in Thousand Oaks, California, to the celebration. Conejo was the first dealership to join the now-expansive Storyteller Overland dealer network.
Rick and Kirk first heard of Storyteller Overland before the company had a prototype or even a floor plan. At this point, they just had an idea to connect people to their next grand adventure.
All they had to go off of was a marketing packet that the Storyteller founders sent to Conejo in what looked like a pizza box. It had a pamphlet and a mission statement, some stickers and patches, and a keychain with a compass. Rick and Kirk tried to search Storyteller Overland on Google, but nothing came up.
“We were trying to figure them out, but we thought they might line up with what we were looking for,” Kirk said.

Shortly after, they finally met the Storyteller team in person at an expo. “At this time, our company was all of four months old,” Jeffrey said. “We had two prototypes on the ground, we had filed for three separate patents, but we had no clue any of this was going to work out like we hoped it would.”

Kirk said he thought this sounded awesome, but idealistic. In addition to the unique pricing structure, this was the first RV manufacturer they’d seen who had a genuine interest in building relationships with the dealers and customers.

"We're very impressed with how it's gone. ... They've exceeded our expectations."

“And it was exactly what they said it would be,” Kirk said. “So it’s great to see them continue that, scale it and keep up that culture without just going, ‘We made the money, now let’s go.'”

“We’re very impressed with how it’s gone,” Rick said. “We thought it would be a success, but it’s very hard for a start up company to come into this whole business. They’ve exceeded our expectations.” 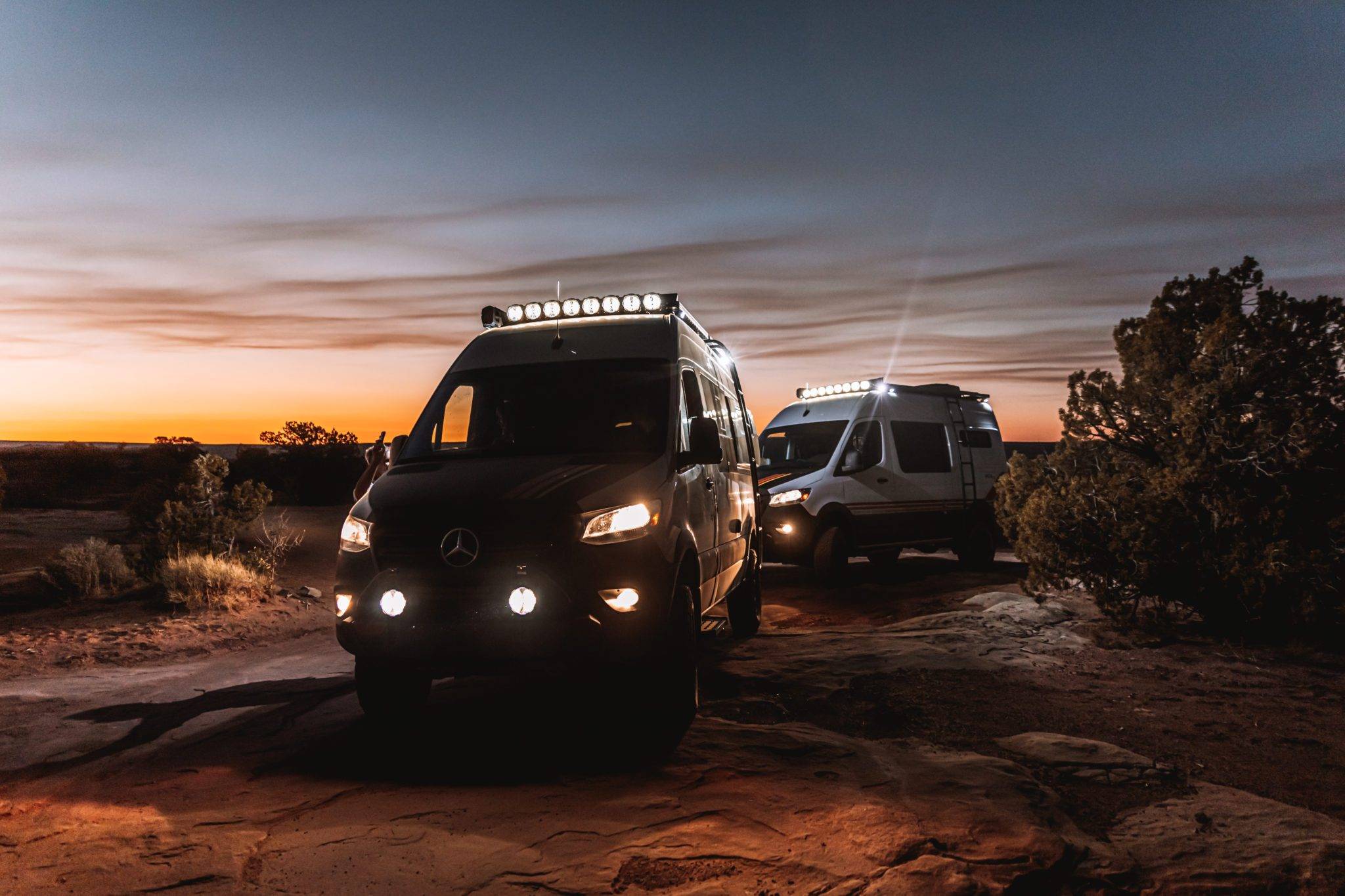 In the years since signing on its first dealer, Storyteller has seen explosive growth. Not only has the small business seen many new additions to its team recently (now totaling almost 100 employees), but it has also recently acquired two other adventure-focused companies: GoCamp and Global Expedition Vehicles.

But as Jeffrey said at the 1,000th Van Celebration, the best ideas are ahead of us, not behind us. We’re just getting started.

“We’ve spent the last 3.5 years building the foundation,” he said. “Now we actually get to build the brand, the company, the business. We don’t ever want to get to the point where we start moving so fast that we start to take for granted the magical level of effort, care, heart and soul that’s invested by this team on a daily basis.”

The new office building is one way to keep up with that growth. Not only does it house funky seating arrangements, floor-to-ceiling windows, framed photos that you can’t walk past without smiling, a blue neon sign that spells out the Storyteller motto and so much more. On top of all of that, it will also create space for the production of the Adventure Truck Series, which will be offered on a Ford F550 or Ram 5500 chassis.

Jen Matthews, the mastermind behind every quirky detail in the new building, said her favorite element is a gold table in one of the community spaces. The table’s legs are actually octopus tentacles, and from the floor, a golden octopus stares up at you with buggy eyes. On top of the table is a statue of an astronaut waving — goodbye or hello? We’re not sure.

Another way Storyteller is preparing for the next wave is by hiring Christina Linton, who started her new role as Chief People Officer on May 31. She brings to the table her 18 years of expertise and passion for building stellar teams and positive cultures.

“Christina is a big part of our growth and our future here and making sure we came this far just to get started,” Jeffrey said.

“This isn’t just the finish line. This is the starting gate.”