Risk is a part of life, at least in a life worth living anyway.
This is a truth that gets clearer and clearer as Jillian Rebekah navigates her way through this life of adventure and social media. One thing she tells people who are standing on the edge of the unknown is: “You can always go home.” In other words: nothing ventured, nothing gained.
“You can’t experience greatness without risk”. Jillian is doing her best to convey the mindset that there are no guarantees in this life. How can we know what we are capable of if we don’t step out and try? The worst that can happen is you end up back at home, right where you were before. 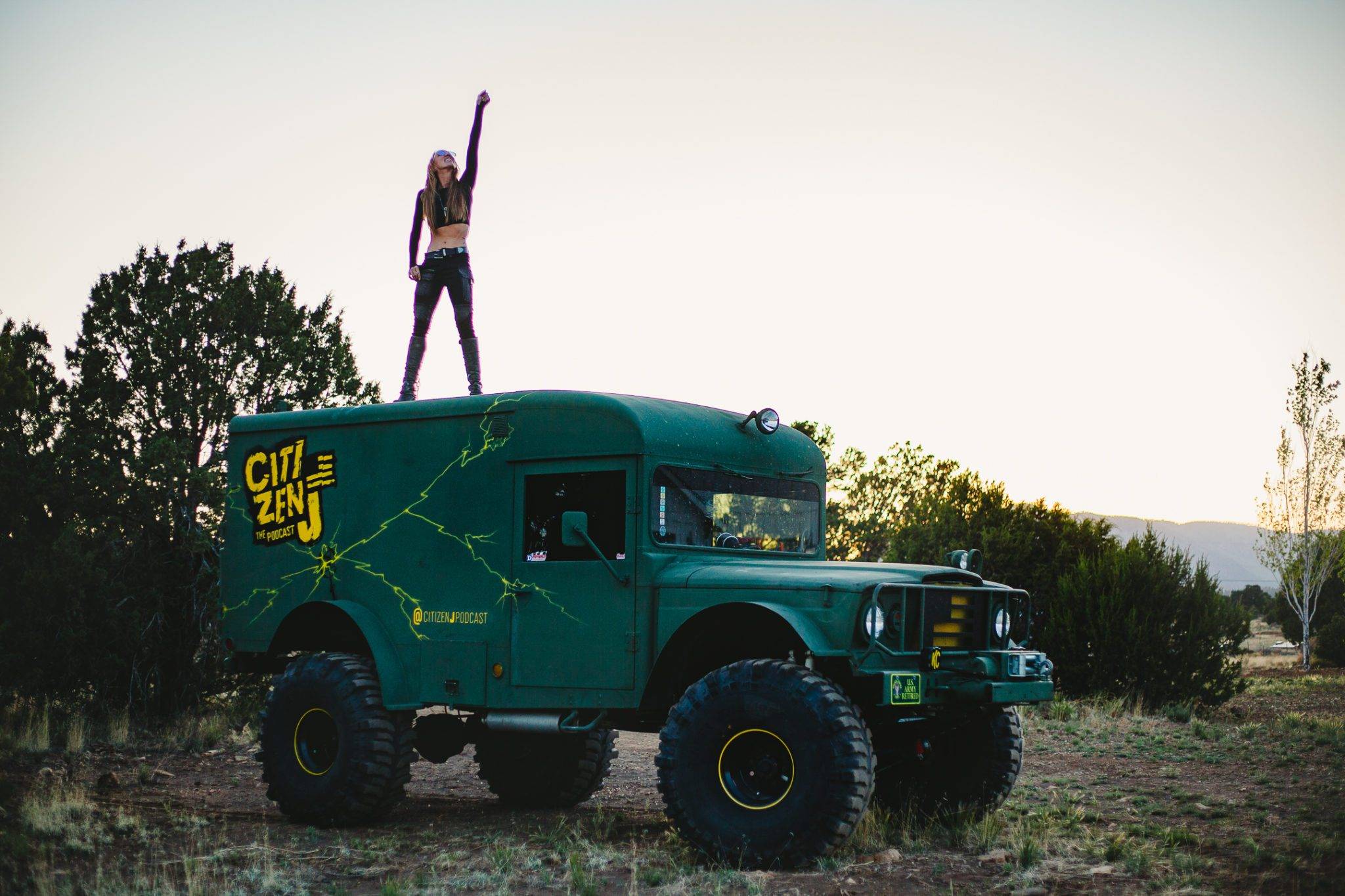 The adventure started in 2015, just after moving back to California, when Jillian realized that there was a lot she wanted to see off the pavement. She bought a truck, that process alone was an adventure and a whole story unto itself. From there she began exploring and started posting about the experience on her personal social media account.
“Stepping into social media with this type of topic – this off-road adventure element – was really just a product of being excited for something new. It wasn’t with the intention to create anything that we have now.”
She never imagined that she would be stepping into an entire overlanding community. But her list of followers grew rapidly, in part because her new 2016 Toyota Tacoma, manual transmission wrapped in the new “Quicksand” color, was a highly sought-after vehicle and attracted a lot of attention.
She had no idea what she was doing when she started out (and she still claims she doesn’t). But instead of pretending to be perfect, she shared openly, with raw authenticity, all the challenges she was experiencing.
“I got flat tires all the time,” she said. “I didn’t know why it was happening. I thought it was just failure. I would be on a very basic trail and see little cars passing me that shouldn’t even be on the trail. And here I am on the side of the road with my pickup truck changing a flat tire. I remember being like, ‘Why am I so bad at this?'”
But authenticity was important. She always posted about it and shared her misadventures. Not everyone was kind – Jillian said that when you are honest about failures, you open yourself up to criticism. Of course, that’s not always comfortable.
“But that just thickened my skin,” Jillian said. “Now I’ve got six years of doing this under my belt, and I still don’t know what I’m doing in a lot of areas. But I’m OK with that. I’m OK with sharing the vulnerability and the process with people. I’ve learned this is the best way to effectively teach people and share with people.” 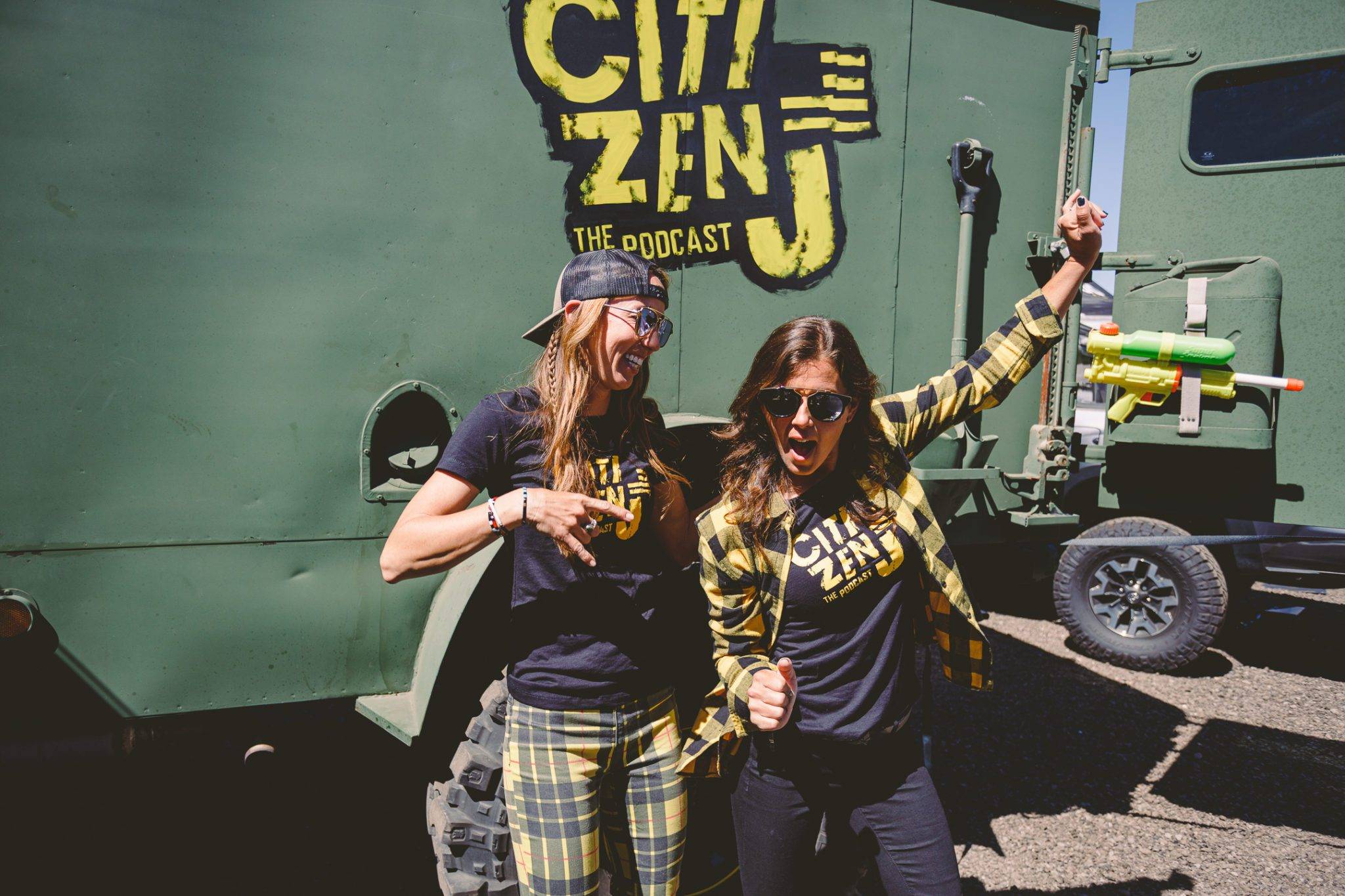 Keeping that same level of authenticity is Jillian’s goal with her new podcast, Citizen J, which launched on May 17.
“As we roll out, I think it will have a lot of elements that relate to the overland and off-road adventure community, but I do really want to ask questions like, ‘What do you believe? What drives you? What lessons have you learned?'”
While we’re all entitled to our own opinions, Jillian said she’s noticed that many people have lost the art of communication. Some people form strong opinions and block out any opposing views.
“So I want to communicate with people and share our stories,” she said. “My experience is always going to be different from yours. But the only way I can learn is to hear your experience and hear why you believe what you believe.”

In the podcast, Jillian plans to bring on people who have inspired her and who have real, true, authentic voices. People who want to share their experiences – the good and the bad.

If there’s anything Jillian has learned from sharing her weaknesses – and from hearing others share their weaknesses – it’s that failure does not necessarily mean it’s the end.

"I do really want to ask questions like, 'What do you believe? What drives you? What lessons have you learned?'"

It doesn’t matter what it looks like. Leaving careers, starting over, moving across the country or changing a dozen flat tires on the side of the road, each “failure” taught Jillian something new and prepared her for the next time life threw her a curveball. These are the types of lessons she hopes to communicate through her podcast.

If you’re someone with an open mind who enjoys learning from other people’s life experiences… you are Citizen J.

Tune in to Jillian’s biweekly podcast on Spotify, Youtube or Apple Podcasts. You can also visit citizenj.com for more information.