The Magic of the Desert

It had been more than a decade since Storyteller Overland CEO Jeffrey Hunter played live, or really at all for that matter.
But this was Back to Baja, and the Nadas were onstage about to play Camper Van, a song they recorded with a few people from the Storyteller Overland team. The lead singer, Jason Walsmith, sent his wife Emma to ask Jeffrey if he would play guitar on stage with them.
“And then I proceeded to get on stage and totally forget how to play the song,” Jeffrey said.
But if Jeffrey played any wrong chords, no one noticed. The crowd whooped and cheered “Go Jeffrey!” throughout the song while raising their red solo cups and smiling up at the stage.
“Only a handful of us at Storyteller have heard him play before, and it was iconic,” said Amy Sibert, the creative director at Storyteller. “It came full circle.”
This is the magic of Back to Baja, the incredible weekend event we had in Mexico with hundreds of other vanlifers. 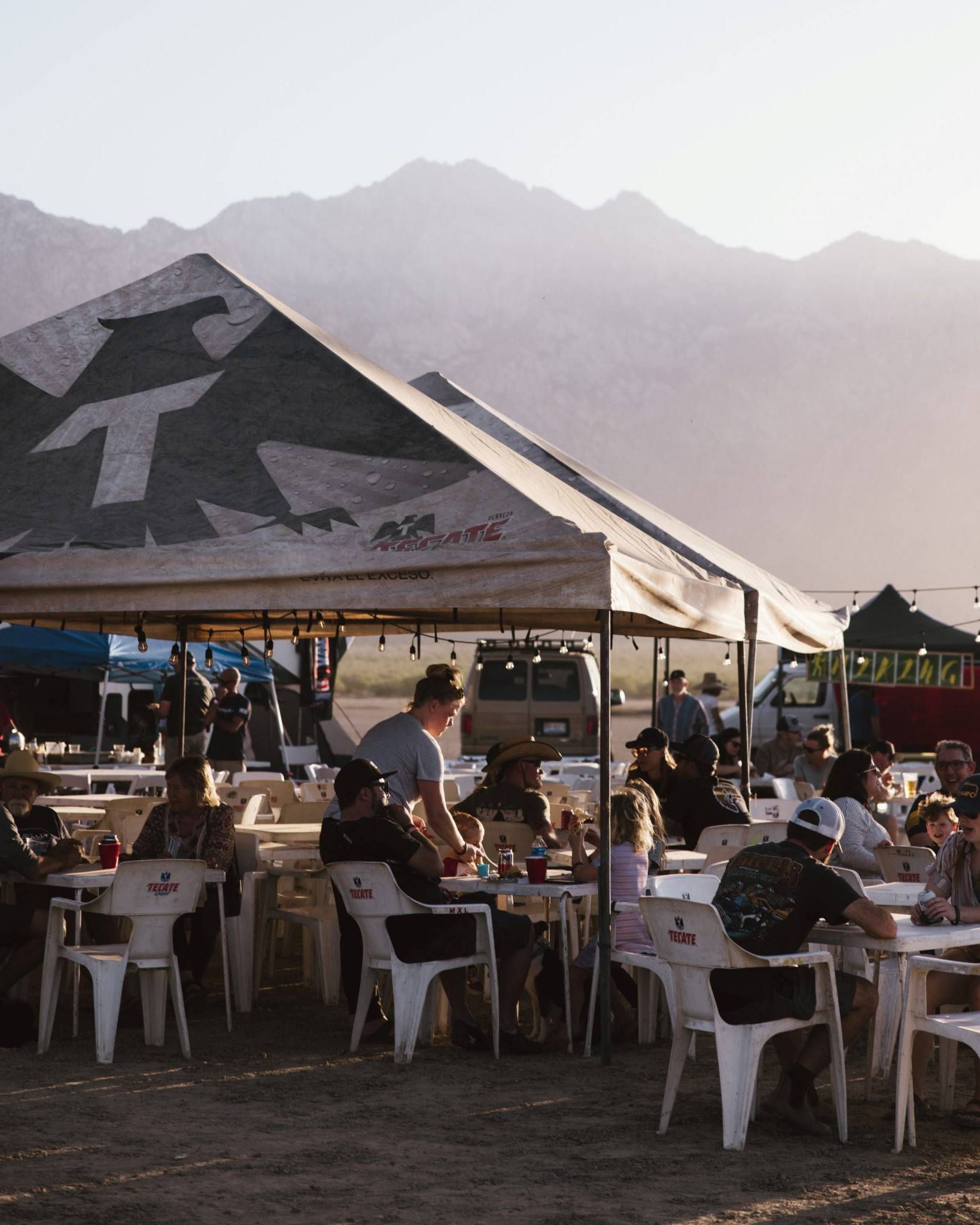 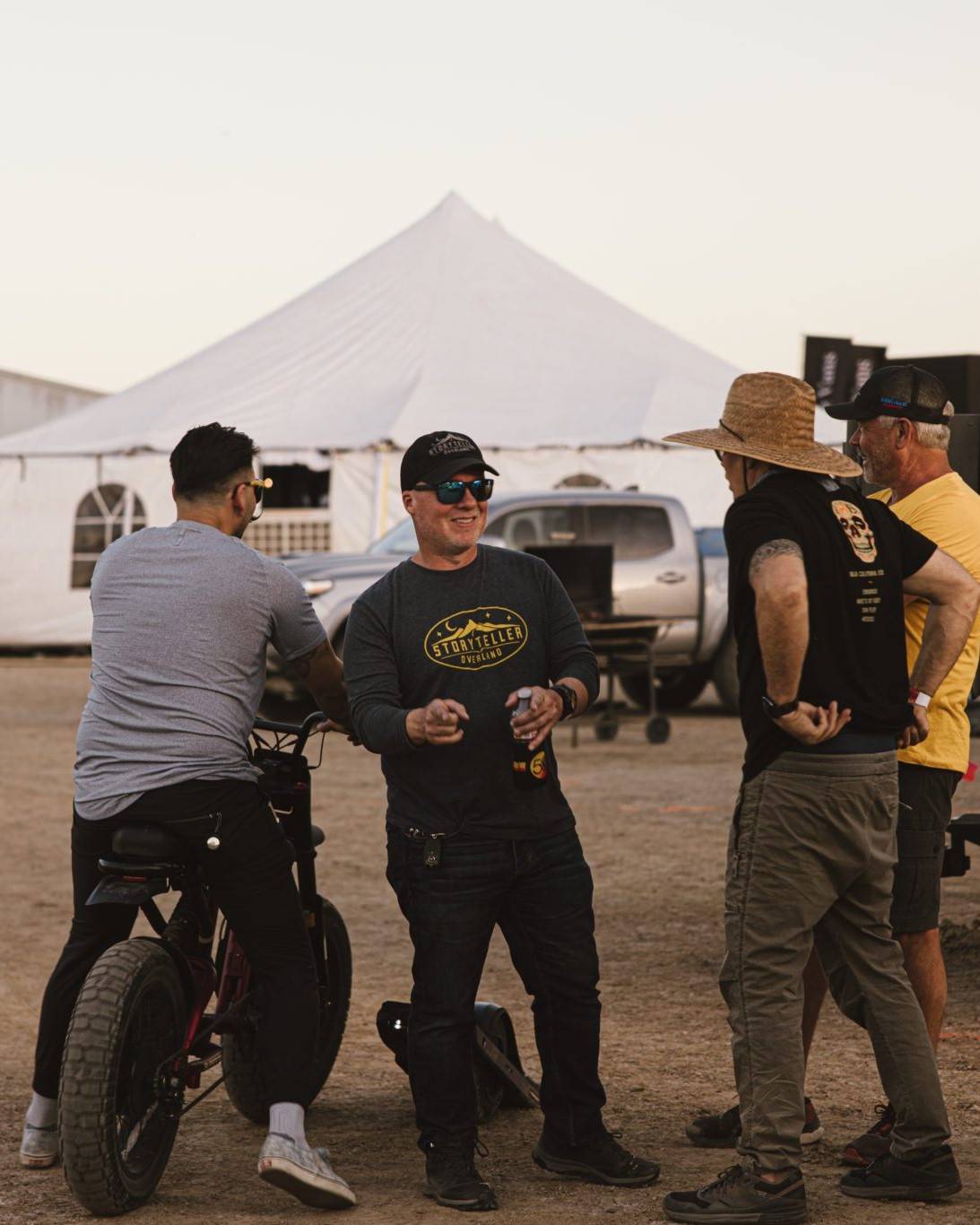 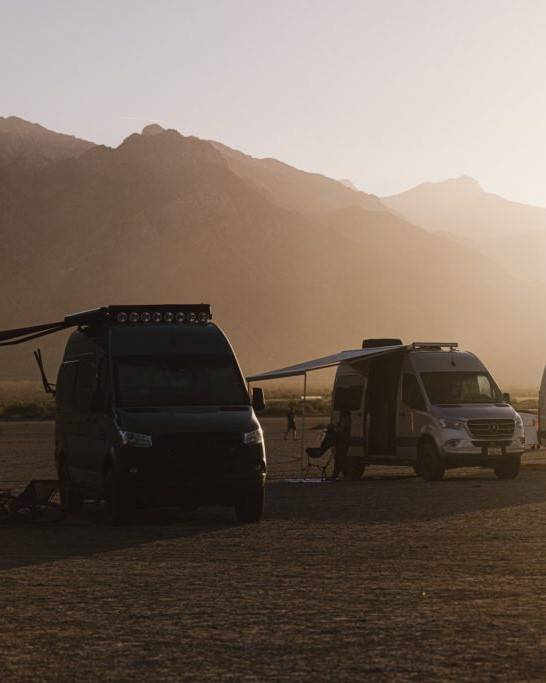 The center of the festival was the stage and the food vendors. From there, each row of campsites extended like rays of sunlight. The team at Storyteller had just finished setting everything up on Thursday and was prepared to direct over 300 vans to their individual campsites.
Dan, the production manager, had a satellite phone, but otherwise everybody enjoyed complete disconnection. There were rumors that some of the locals had brought wi-fi. Amy walked over to one of their trucks, and she looked up at a giant satellite dish pointed to the sky. “Do you really have wi-fi?” she asked one man in disbelief.
“Si, si!” he said. “I forgot an antenna, so I had to make one. That’s why it took so long. Let me just reboot it really quick.”
He opened the hood of his truck, hopped in the driver’s seat and turned the truck off and back on. Within 30 minutes, Amy was able to connect to the wi-fi and confirm with those on their way that the festival was running strong.
The next day, though, the password had changed. Like any true businessman, the local started charging $20 a day to connect to the wi-fi.

It’s a good thing the overlanding community is always well prepared with first aid kits. Because when A.* crashed his bike and got an inch-wide gash into his leg, the EMTs hadn’t even arrived at the event yet.
A. came to Ashlee Pletz and Talon Sei’s campsite since Ashlee had experience as a nurse. She put gloves on and immediately started washing off the wound. Ashlee had just finished an ice coffee, and her hands were shaking.

“You could see pretty deep in there,” she said. “I had just quit my job as a nurse. This was my first trip taking a step back from the bedside, and here I am in the middle of the desert doing stuff that I wouldn’t even be doing at work.”

She used steri strips to hold everything together and wrapped it up with gauze. A. went to the hospital later, but the doctors commended Ashlee’s work and said he didn’t need stitches.

“I felt pretty confident after that,” Ashlee said. “Maybe I should do some wilderness nursing training next.”

*A. asked that we not use his real name in the story. 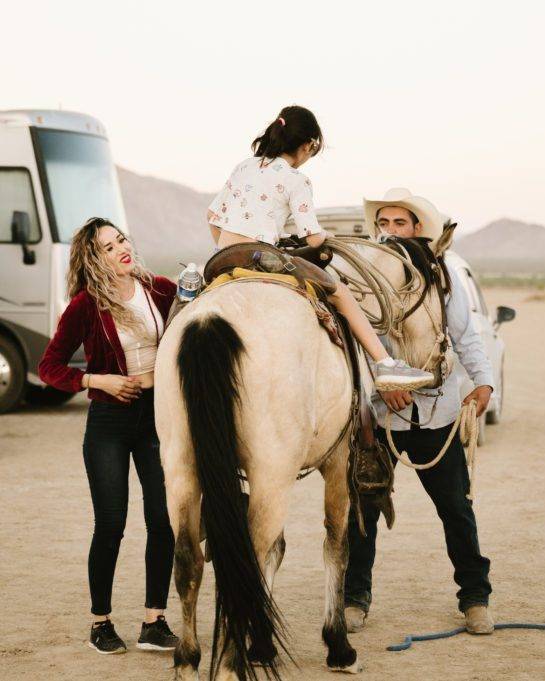 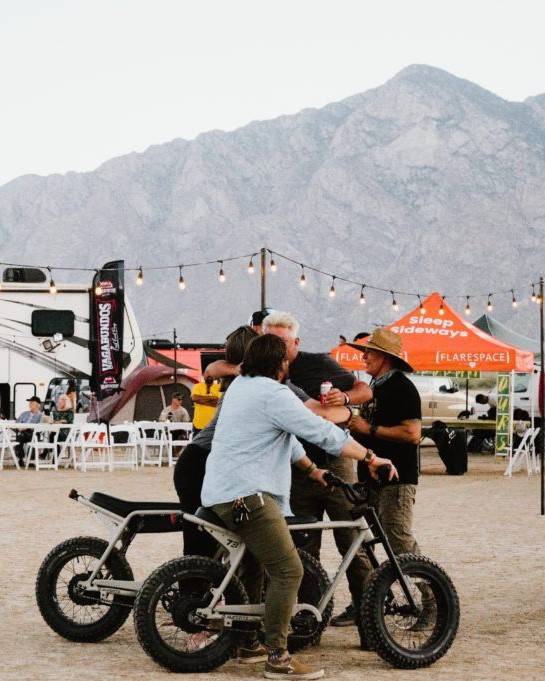 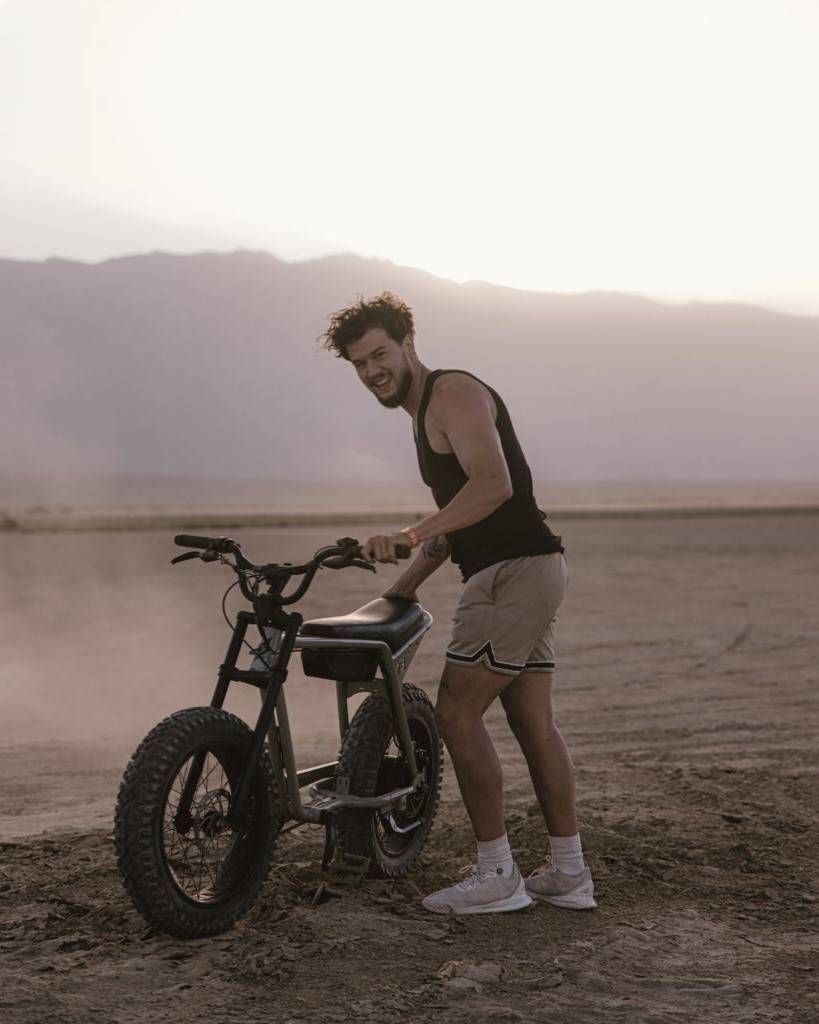 On one hand, the desert can be brutal. You’re constantly asking, “Do I need to reapply more sunscreen? Does anyone have chapstick I can borrow?” You’re in the middle of nowhere with no cell phone service and enough sand in your hair to make a castle.
But at the same time, everytime you look up into the night sky, there’s a blanket of stars that you’ll never get to see from home. You look around, and there are friends new and old laughing and having a good time.
When you get cold, you inch closer to the giant bonfire. When you get hungry, you order another round of tacos because they’re just that good.
And you get a chance to ride your rig until an axle falls off. Literally. This is what happened to the Owl Vans team after riding their “Ultimate Beast” so hard all weekend. Thankfully, their trusty field repair team hammered it out on the spot and got it right back up and running.
People came from all over in all sorts of vehicles. One couple, Kirby and Elijah, heard about Baja through hitchhiking in the northwest. This was the first van life event they had ever been to, and they said they were blown away by the community they could now be a part of through the Stay Awesome tour. 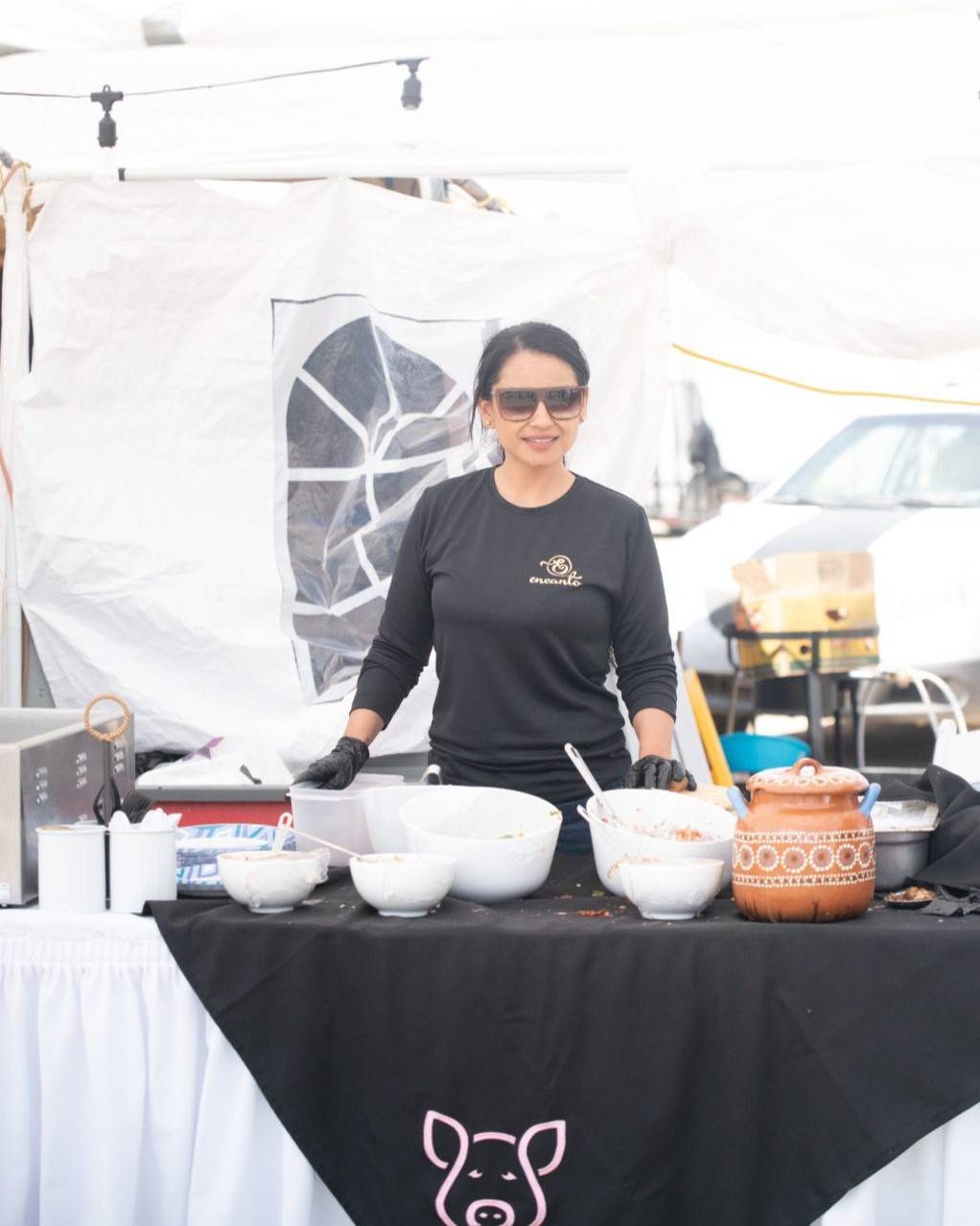 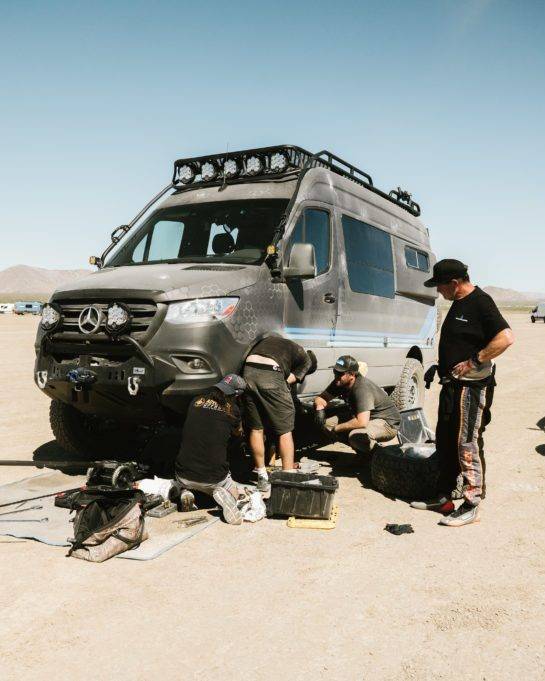 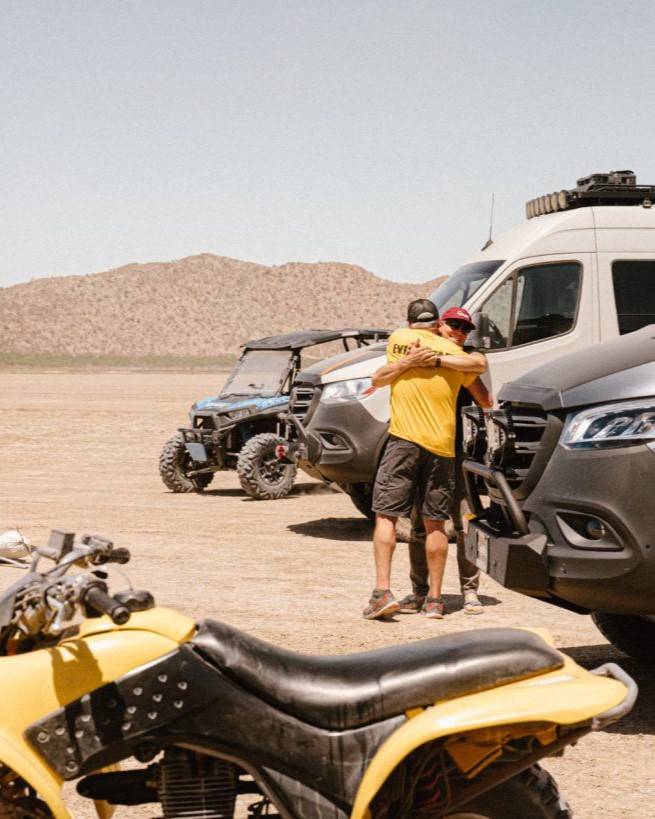 Each day in Baja, you could either hang out at the event grounds to enjoy food and community, or you could go out on an excursion to the beach or on a hike.
On one hiking excursion, the group ran into a couple of bighorn sheep standing on the rocks. The tour guide turned to the group and whispered, “You guys are so lucky.” He said he hadn’t ever seen a bighorn sheep in that canyon before.
Talon found wild animals on his own excursions. He was out with his friends exploring a path on four wheelers and motorcycles when they came across two wild horses.
Later that same day, Talon was riding by himself and went about five miles out toward the base of the mountains. He came around the corner and saw a bull standing right in front of him eating leaves off of a tree.
“I stopped right there and was like, ‘I’m going to back up slowly before this thing charges at me,’” he said. “This is his territory, so I’m going to see myself out.” 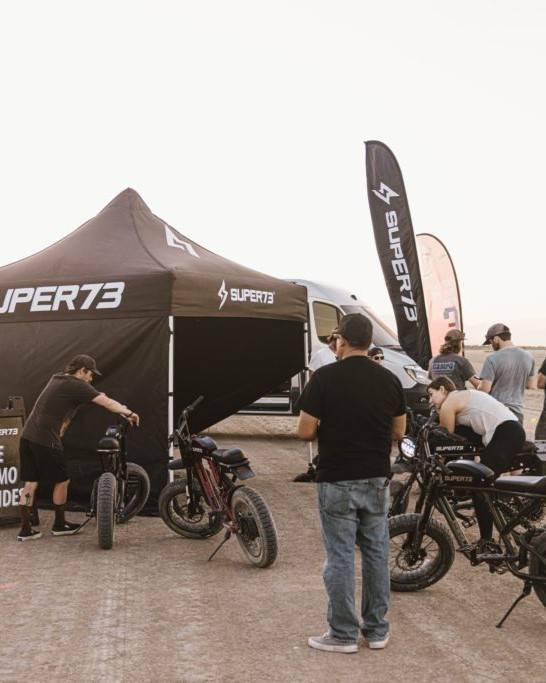 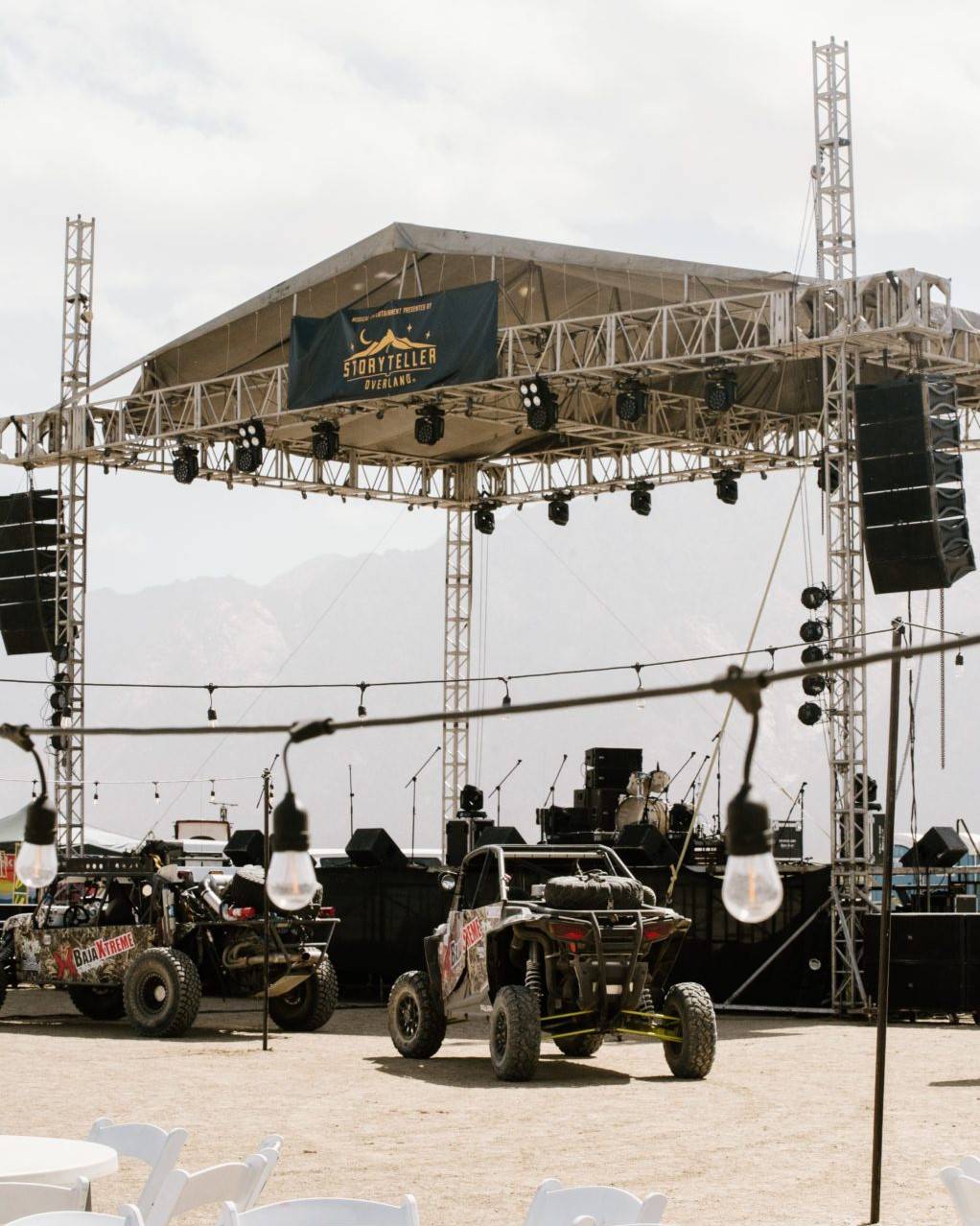 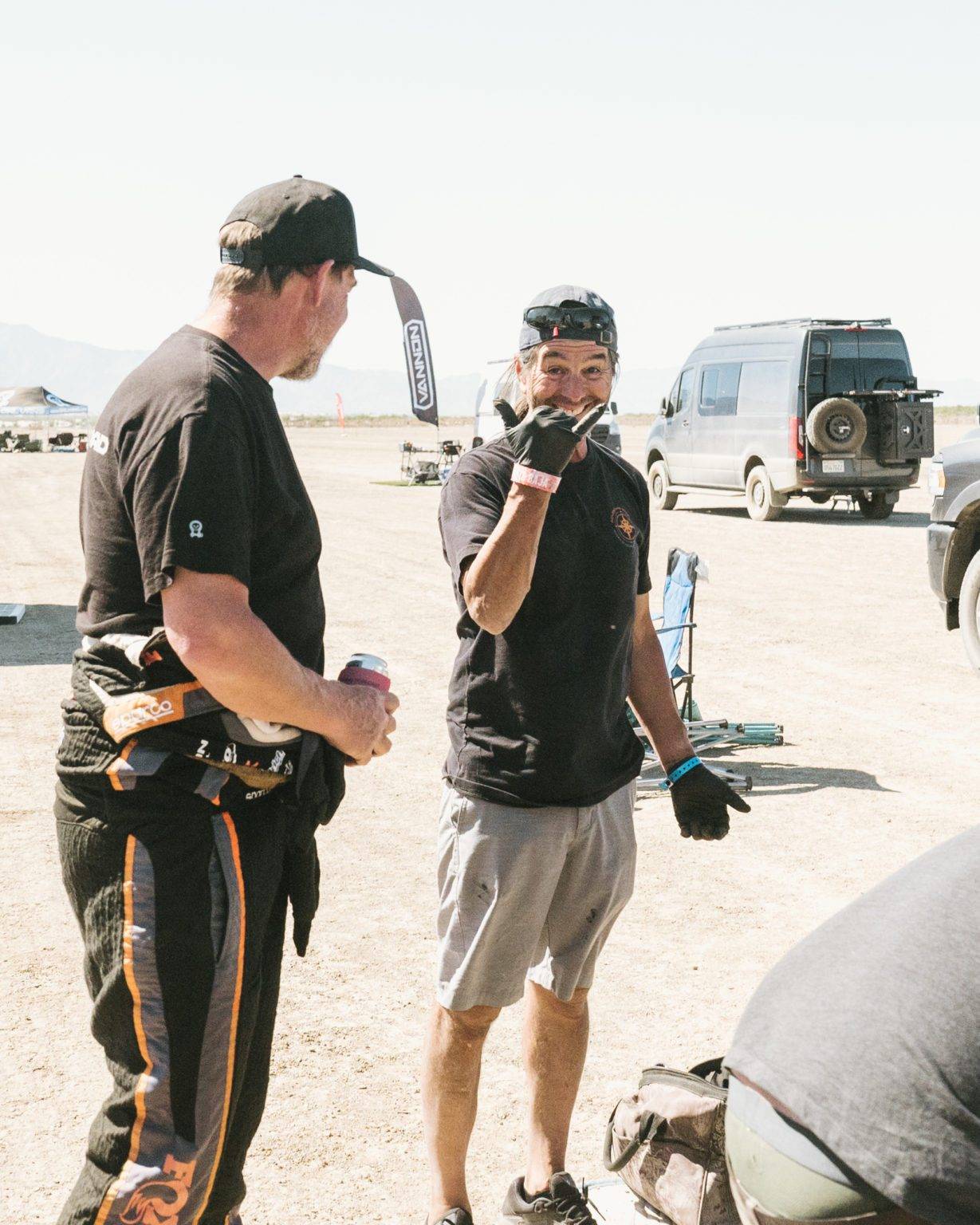 As the sun set over cotton candy skies and finally disappeared behind the mountains, people chased each other on Super73 bikes while Vision Creative Co. filmed from their Bronco (stay tuned for an incredible video they’ll be producing!).
One the live music started, the light-up festival gear came out. There were light-up tambourines, headbands, hula hoops, and poi balls.
An iconic piece of attire was Jess and Lacey’s light-up butterfly wings. As the two spun around in front of the stage, the wings flowed behind them like a magical, colorful cape.
“We got them for Burning Man, but I knew I could use them for any festival,” Lacey said. “So fun!”
The final night ended with headstand competitions in front of the giant bonfire as fireworks shimmered in the sky. 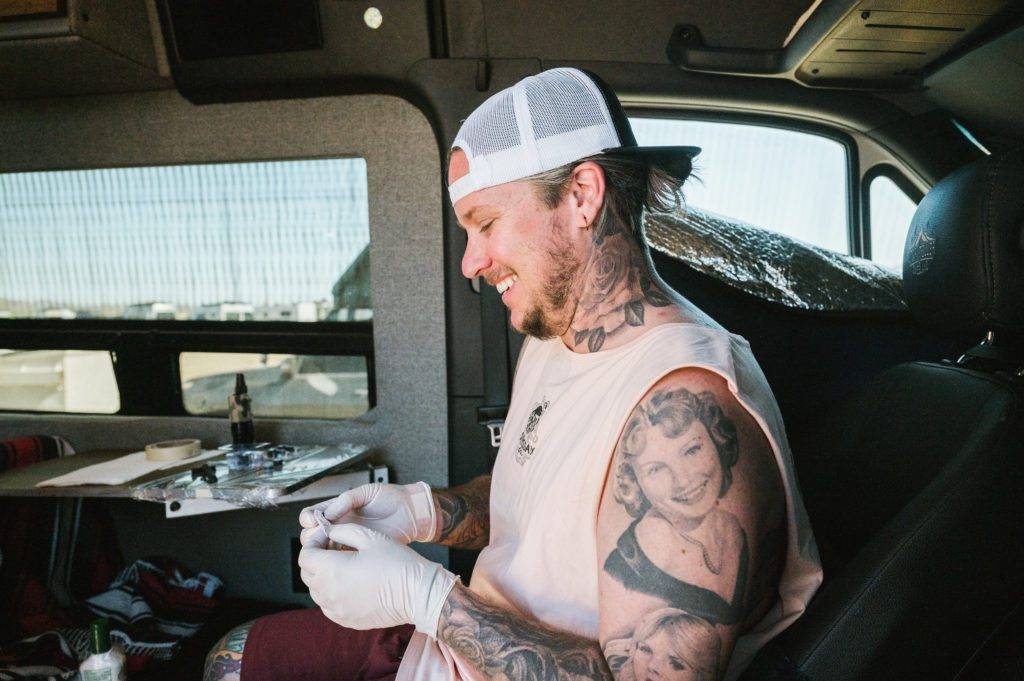 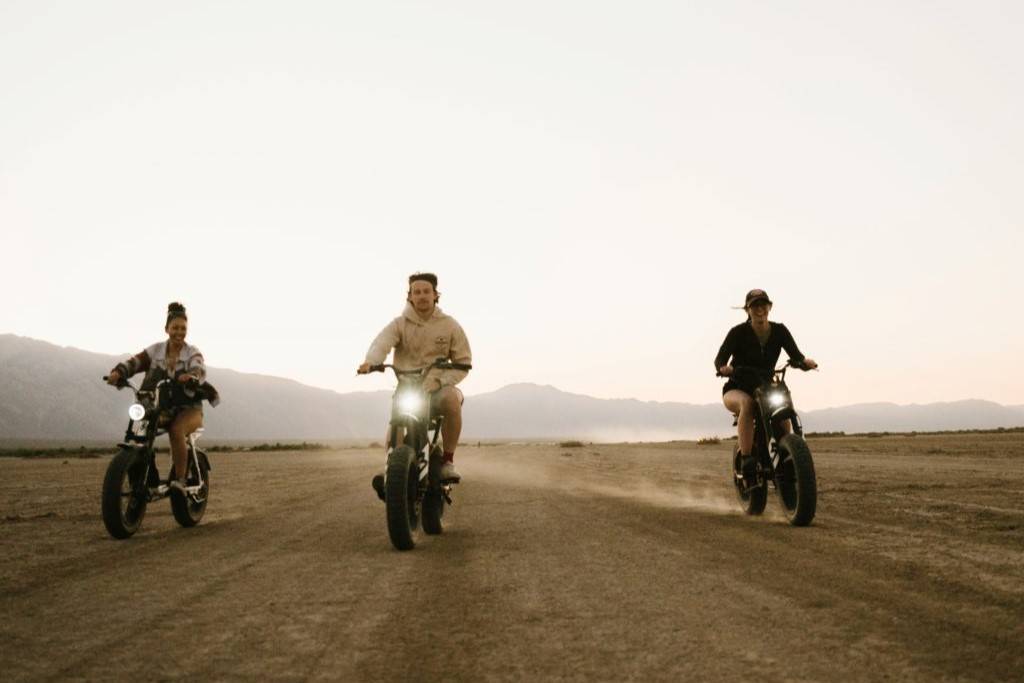 All of us took a piece of Baja home with us – whether it be a camera roll full of smiling faces, the sand that you just can’t seem to shake out of your shoes, or a Baja-inspired tattoo courtesy of Bryan Henry.
As we’ve said before, it’s not about the journey or the destination. It’s about who you connect with along the way. We’re so incredibly grateful for this amazing community of fellow adventure enthusiasts.
No matter which event we’re at, we hope you’ll stop by our van and say hi. We can’t wait to hang out with you.
Until next time…
Storyteller Overland